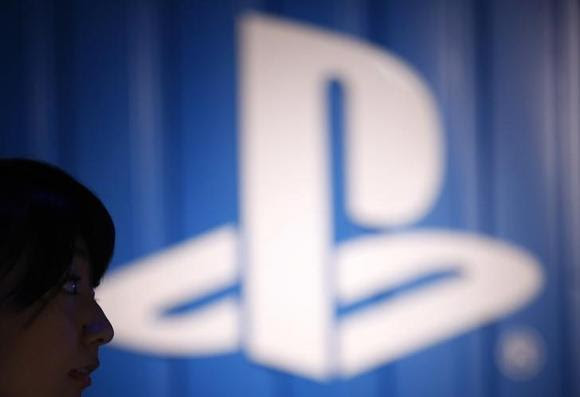 The logo of Sony Corp's PlayStation is seen next to a woman at its booth during the Tokyo Game Show 2014 in Makuhari, east of Tokyo September 18, 2014.
CREDIT: REUTERS/YUYA SHINO

(Reuters) - Sony Corp's (6758.T) PlayStation Network suffered connection problems for a fourth straight day since hackers attacked the video game network, and the company said on Sunday that service was gradually being restored.
The hacker activist group known as Lizard Squad has claimed responsibility for disrupting both the PlayStation Network andMicrosoft Corp's (MSFT.O) Xbox Live on Christmas Day. Service was restored to Xbox Live on Friday.
"We are currently experiencing widespread network issues that are being addressed," Sony said in a statement on PlayStation's maintenance website.
Hours earlier, Catherine Jensen, vice president of consumer experience at Sony Computer Entertainment America, said on the PlayStation blog that the network was "back online."
Some gamers said on Twitter that they were able to access the PlayStation Network on Sunday, but others took to the microblogging site to complain about the continuing outage. It was not clear how many of the 56 million video gamers who use PlayStation still suffered problems.
On Sony's Twitter customer support account, AskPlayStation, a representative wrote, "Network services are gradually coming back online."
Sony has been the victim of some of the most high-profile security breaches in history.
In late November, Sony Pictures' computer system was taken down by hackers protesting the film, "The Interview," which depicted the assassination of North Korean leader Kim Jong Un. U.S. President Barack Obama has blamed the North Korean government for the attack.
Lizard Squad has claimed responsibility for attacks on the PlayStation Network in early December and August of this year. The August attack coincided with a bomb scare in which Lizard Squad tweeted to American Airlines that it heard explosives were on board a plane carrying an executive with Sony Online Entertainment.
In 2011, hackers stole data belonging to 77 million PlayStation Network users.