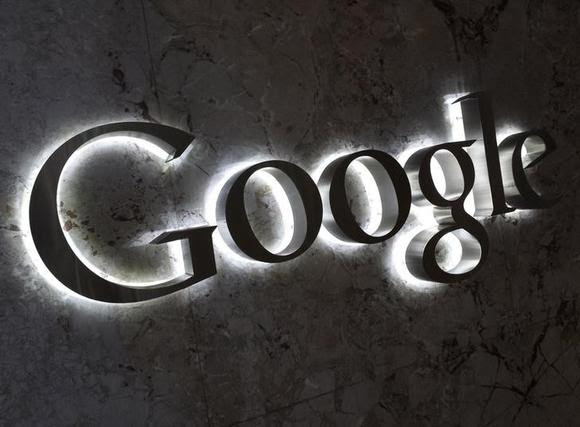 A Google logo is seen at the entrance to the company's offices in Toronto September 5, 2013.
CREDIT: REUTERS/CHRIS HELGREN

(Reuters) - Search engine Google Inc and five Asian telecom and communications companies have agreed to invest about $300 million to develop and operate a trans-Pacific cable network connecting the United States to Japan.
To be named "FASTER," the cable network will have an initial capacity of 60 terabits per second and will connect Los Angeles, Portland, San Francisco, Oregon and Seattle to Chikura and Shima in Japan.
NEC Corp, which will be the system supplier for the cable network, said in a statement that construction would begin immediately and the network would be ready for service in the second quarter of 2016. (bit.ly/1sSeU9m)
The network would also be able to connect to neighboring cable systems to extend its capacity beyond Japan to other Asian countries.
Google currently operates its own super-fast "Fiber" TV and Internet service in the Kansas City metropolitan area, and has been trying to extend its network to more cities in the United States.
Also involved in the project are China Mobile's international unit China Mobile International, China Telecom Corp Ltd's international arm China Telecom Global, TIME Dotcom Bhd's Global Transit, KDDI Corp and Singapore Telecommunications Ltd.