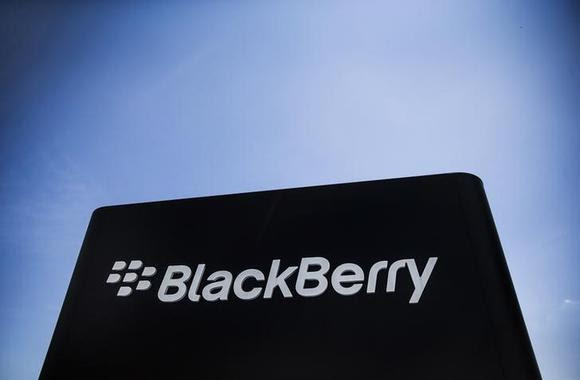 (Reuters) - BlackBerry Ltd said on Wednesday its Android and iOS device-management service has won a key security clearance from the U.S. Defense Information Systems Agency (DISA).
The company said the DISA clearance will allow its customers in various U.S. Department of Defense agencies to begin to use its BlackBerry Enterprise Service (BES) 10 system to manage and secure devices powered by Google Inc's Android operating system and Apple Inc's iOS software.
BlackBerry launched the service to manage rival devices on its BES system a year ago, as part of a move to help it sell high-margin services to its large clients even if many, or all, their workers use smartphones made by competitors.
The new feature, dubbed Secure Work Space, is managed through BES 10, a new back-end system launched at the start of 2013 that allows BlackBerry's clients to control mobile devices on their internal networks.
The decision to service non-BlackBerry devices is part of the company's move to reinvent itself as its own devices have waned in popularity.
BlackBerry intends to remain a competitor in the smartphone business, but it is also pivoting to build on core strengths in areas like mobile data security and mobile device management, as part of a move to boost revenues and return to profitability.
BlackBerry said the Security Technical Implementation Guide approval, or STIG approval, from DISA provides further confidence for those government agencies considering a more open mobile environment, as it secures data both while in-transit and on the devices.
"The STIG approval for Secure Work Space for iOS and Android is another validation that enterprises and government agencies can rely on BlackBerry Enterprise Service 10 for secure mobility - no matter which devices they have in the field," John Sims, the head of BlackBerry's enterprise arm, said in a statement.
The U.S. Department of Defense, a long-time stronghold for BlackBerry, has over the course of the last year begun to test and use Apple devices and Samsung Electronics Co's line of Android-based Galaxy devices, in addition to the new line of BlackBerry 10 devices.
BlackBerry shares were down slightly on the Nasdaq on Wednesday.
(Reporting by Euan Rocha; Editing by Bernadette Baum and Paul Simao)
Blackberry Data Security Jonathan Kine