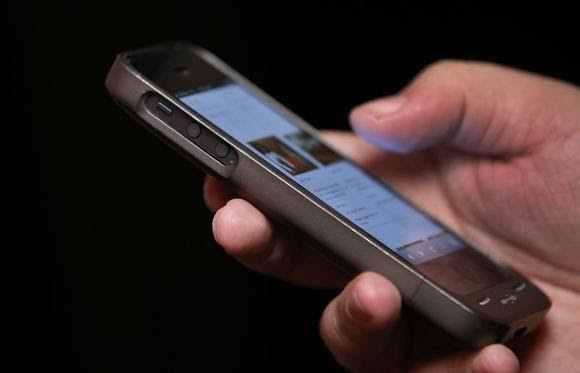 (Reuters) - Major U.S. web companies on Monday urged regulators to restrict the ability of Internet providers including mobile carriers to strike deals for faster delivery of some web traffic and planned a publicity campaign about the government's proposal.
The Internet Association, which represents three dozen web companies such as Google Inc, Netflix Inc and Amazon.com Inc, made their case in a filing with the Federal Communications Commission, which plans to establish new so-called "net neutrality" rules.
The rules guide how Internet service providers (ISPs) manage traffic on their networks, aiming to ensure they do not unfairly limit consumers' access to website and applications.
In January, a court ruling struck down the FCC's previous version of such rules. The agency is now collecting public comments on a proposal that would ban ISPs from blocking users' access to websites or applications but allow some "commercially reasonable" deals between content providers and ISPs to prioritize delivery of some traffic.
In its comments on Monday, the Internet Association criticized the possibility of ISPs charging content providers "for enhanced or prioritized access" and called for equal Internet traffic rules for both wired and wireless networks.
"The Internet is threatened by broadband Internet access providers who would turn the open, best-efforts Internet into a pay-for-priority platform more closely resembling cable television than today's Internet," the group wrote.
The Internet Association argued that allowing technical "reasonable network management" should give ISPs enough flexibility to deal with congested networks, while paid prioritization on non-congested networks is likely to mean faster download speeds for some at the expense of others.
Dozens of tech companies in June called on the FCC Chairman Tom Wheeler to adopt rules that would protect the openness of Internet, but Monday's comments represent a more detailed industry position.
The Internet Association in the next few weeks plans to roll out a campaign about the FCC's proposal and net neutrality, distributing infographics and videos and inviting Internet users to suggest amendments to the FCC's proposed rules through an interactive document viewer on its website, the association's President Michael Beckerman told Reuters.
In particular, the Internet Association's push may spotlight anti-blocking and anti-discrimination rules that in the past applied differently to fixed and wireless Internet traffic.
"We're going to be getting pretty vocal about this issue," Beckerman said. "It doesn't make sense anymore to differentiate the way net neutrality applies to mobile and wireline."
A senior FCC official last month told Reuters the issue will have "big resonance" at the FCC. Wireless carriers argue that stricter rules may hurt how they manage their dynamic shared networks, leading to slower Internet speeds for everyone.
Wheeler on Friday reiterated his plan to reject paid prioritization deals that are struck in bad faith: "If it hurts competition, if it hurts consumers, if it hurts innovation, I'm against it and we're not going to tolerate it."