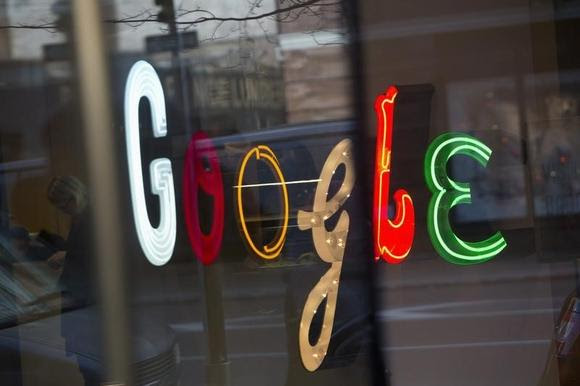 The Google signage is seen at the company's offices in New York January 8, 2013.
CREDIT: REUTERS/ANDREW KELLY

Omid Kordestani, who has led sales teams at Google for years, will take over in the interim, marking the latest change to Google's senior leadership in past months.(Reuters) - Google Inc's chief business officer, one of Chief Executive Officer Larry Page's key lieutenants and the company's main liaison to Wall Street, is leaving the Internet search company, the latest high-ranking executive to depart.
Nikesh Arora, who joined Google nearly a decade ago, will move to Japan's SoftBank Corp as vice chairman, according to a post by Page on the Google+ social network.
Android operating software boss Andy Rubin stepped aside last year, and Salar Kamangar, head of the YouTube video website, was succeeded in February by longtime Google ad executive Susan Wojcicki.
In April, Vic Gundotra, head of social networking services, said he was exiting.
Arora's surprise departure was announced as Google reported results that beat investors' expectations on Thursday.
Revenue in the three months ended June 30 totaled $15.96 billion, compared to $13.11 billion in the year-ago period. Analysts polled by Thomson Reuters I/B/E/S were looking for $15.61 billion in revenue.
The world's No.1 Internet search company said the number of "paid clicks" by consumers on its ads increased 25 percent year-on-year in the quarter. But the average price of the ads declined 6 percent.
Google earned $3.42 billion or $4.99 per share in the second quarter, versus $3.23 billion or $4.77 per share a year earlier. Excluding certain items, Google said it earned $6.08 a share.
Shares of Google were up roughly 1 percent in after hours trading on Thursday at $580.