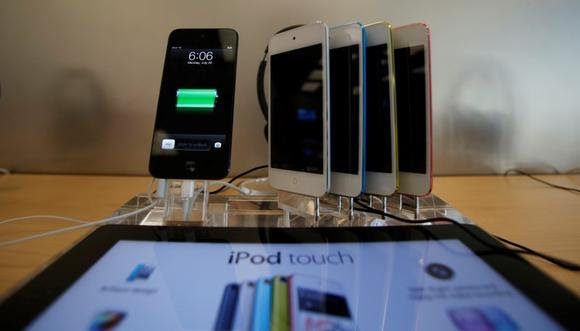 Who's at Sun Valley?

Media and tech giants converge on Allen & Co's annual gathering. Slideshow
(Reuters) - Apple Inc acknowledged on Wednesday it needs to address manufacturing partners' carbon emissions and its own rising water consumption, though the iPhone maker said it had cut back sharply on greenhouse gas output.
Apple last year hired former Environmental Protection Agency chief Lisa Jackson to push cleaner initiatives, amid past criticism over its emissions and use of toxic materials. Observers say it has improved its practices and earned better scores from groups such as Greenpeace.
On Wednesday, Apple released its 2014 environmental responsibility report, saying investments in renewable energy helped slash its carbon footprint from energy use by 31 percent from fiscal 2011 to fiscal 2013. That's despite power consumption soaring 44 percent over the same period. (here)
But the company, which is building its future main campus not far from its current base in Silicon Valley, said water usage had spiked as a result of general construction and expansion. It also blamed production partners for the largest portion of its carbon footprint, without naming them.
Foxconn and Pegatron in Asia are among the companies Apple contracts to build devices like the iPad and iPhone.
"Carbon emissions from our manufacturing partners remain the largest portion of our carbon footprint, an area we’re committed to addressing," the company said in a blog post.