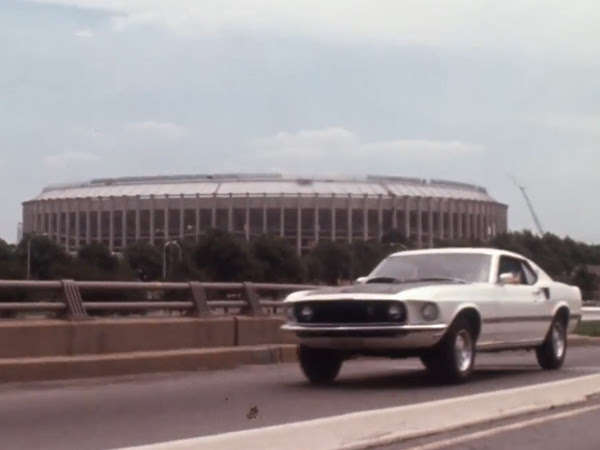 A total of 150 clips were prepared by the Office of City Representative and offer Philadelphians a bit of nostalgia.

GALLERY: A YouTube channel for the Philadelphia of memory

Who knew the city had its own stash of movies?
Both delightful and dreadful, the historic films depict Philadelphia life between the 1950s and 1980s in the earnest, unironic, relentlessly square cinematic style of scratchy old high school hygiene movies, along the lines of "Foot Care and You."
The creation of the 150 or so films was supervised by the Office of City Representative, the agency charged for decades with promoting Philadelphia.
The Philadelphia City Archives has been making these films available for public viewing throughout the year at the Philadelphia Department of Records YouTube channel (www.youtube.com/PhillyDeptofRecords).
In great physical shape, mostly, the little movies, ranging from 10 to 30 minutes, were digitized for the city by History Making Productions, the documentary production company run by Philadelphia politician Sam Katz. He said he didn't charge the city for the work.
The movies open a window into the Philadelphia of memory.
People smoke like "Mad Men." Bus drivers who look like Jimmy Stewart cock their hats at jaunty angles and stare, one tick short of creepy, into the camera. Women on trolleys wear furs.
And everyone smiles with a preternatural American optimism that tells the world that all of life in post-World War II America is Yankee Doodle doable.
"Philadelphia," one narrator intones, "is blessed with wonderful people."
You see some of them at Old Original Bookbinder's restaurant, made famous by celebrities craving sherry-spiked snapper (turtle) soup; at the art-deco Automat, where they pull franks and beans from behind a wall of glass doors; and at Connie Mack Stadium, inaugurated in 1909 when it was known as Shibe Park, the first in baseball to be made of steel and concrete.
"They're very dated films," said Jill Rawnsley, a consultant who works for the City Archives. "But they're very historic in the sense of getting you the feel of what was happening at the time, and where people's heads were."
In 1961's "Song of Philadelphia," no less a cultural guide than Dick Clark narrates a paean to William Penn's grown-up "Greene Country Towns."
"Listen. Can you hear it?" Clark asks. "The song of Philadelphia is an old song in modern style."
And what a song. "Wow, the music in the film is hilarious," Rawnsley said, meaning it's pretty awful.
Trumpets announce the vigor and modernity of the mid-20th century city. Running xylophone riffs approximate the bustle. Violins swell with outsized emotion.
The score blares without ebbing - unrelenting, like urban life itself.
The city propagandists who created the movies were enamored of cars, jet planes, and skyscrapers - all symbols of "contemporary" times. You see them everywhere.
Much is also made of urban renewal, and the movies on city planning seem to register the greatest number of views online.
Philadelphia was a grand laboratory for redoing its own cityscape, thanks to an infusion of federal and philanthropic money, said David Bartelt, a retired Temple University urban studies professor who has seen some of the archived films.
In one movie, the celebrated city planner Edmund Bacon (one degree of separation from his now more-famous actor son, Kevin) shows up to explain how a clean and gleaming tomorrow can be designed with slide rules and better dreams.
And sure enough, films depict offices of white-shirted white guys at the city's Planning Commission, planning away.
From the pencil pushers, the films pivot to show an endless army of crane operators and construction workers scooping huge shovels full of black Philly dirt, making way for the Next Great Thing. The holes in the ground, the moviemakers show us, are the future.
None of the films present "the nasty events" of Philadelphia history, Bartelt said. But what do you expect? "These movies are meant as innocent advertisements for the city," he said.
It isn't clear who saw the movies when they were first made, or what venues screened them, Rawnsley said.
A couple of mayors show up in the movies. Richardson Dilworth, who was Philadelphia's chief executive from 1956 to 1962, looks like a stiff slab of drywall as he speaks about completing local highways.
But it's Mayor Frank Rizzo who fascinates. In a brief, soundless film, Rizzo shows up in a suit in Germantown in 1974 with slicked-back hair, radiating a well-fed, authoritarian air.
Apparently ill at ease, he wades imperiously among the gentry. At one point, a little boy doesn't see Rizzo stretch out his hand to shake it. Rizzo then slaps the child in the ribs with the back of his hand, getting the kid to finally acknowledge him.
One could read it as light and informal, or frightening. It's hard to know.
But there it is on film, for history - and the rest of us - to judge.