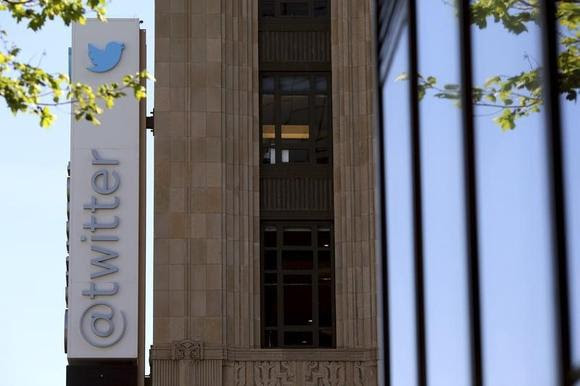 The Twitter logo is pictured at its headquarters on Market Street in San Francisco, California April 29, 2014.
CREDIT: REUTERS/ROBERT GALBRAITH

(Reuters) - Twitter is considering a shake-up in its top management, including a possible shift in the duties of Chief Operating Officer Ali Rowghani, technology news site Re/code reported, citing sources familiar with the matter.
A lackluster growth combined with a recent large stock sale by Rowghani have prompted the microblogging service to evaluate the need of a COO, Re/code said, citing sources. (r.reuters.com/weq99v)
Chloe Sladden, Twitter's North America media head, who reports to Rowghani, has been reorganizing her unit and she may be preparing to leave the company, the website said.
Representatives at Twitter did not immediately respond to an email seeking comment.
Twitter's first-quarter results in April revealed slowing momentum at the company that exuberant investors just six months ago had argued could one day match Facebook's scale. [ID:nL2N0NL1ZK]