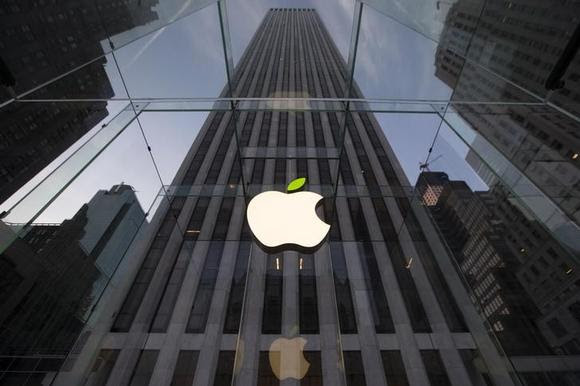 The leaf on the Apple symbol is tinted green at the Apple flagship store on 5th Ave in New York April 22, 2014.
CREDIT: REUTERS/BRENDAN MCDERMID

(Reuters) - The European Commission said on Wednesday it had opened three in-depth investigations into tax decisions affecting Apple, Starbucks and Fiat Finance and Trade in Ireland, the Netherlands and Luxembourg.
The probes focus on whether decisions by tax authorities in the three EU member states about corporate tax to be paid by the three companies comply with EU state aid rules.
The EU said its investigation follows reports some companies have received significant tax reductions through tax rulings by national tax authorities.
Tax rulings are used in particular to confirm transfer pricing arrangements, covering prices charged for transactions between various parts of the same group of companies.