China bans use of Microsoft's Windows 8 on government computers 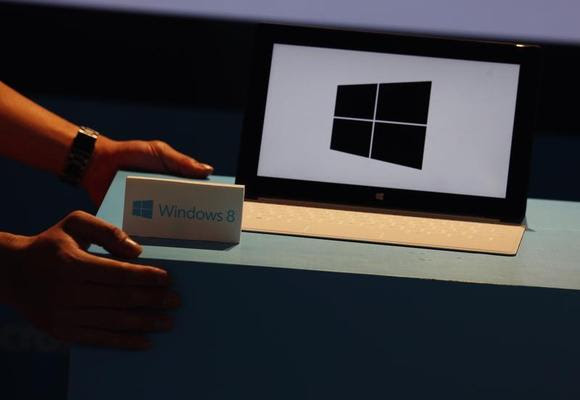 (Reuters) - China has banned government use of Windows 8,Microsoft Corp's latest operating system (OS), in a blow to the U.S. technology company which has long been plagued by sales woes in the country.
The Central Government Procurement Center issued the ban on installing Windows 8 on government computers as part of a notice on the use of energy-saving products, posted on its website last week.
The official Xinhua news agency said the ban was to ensure computer security afterMicrosoft ended support for its Windows XP operating system, which was widely used inChina.
Neither the government nor Xinhua elaborated on how the ban supported the use of energy-saving products, or how it ensured security.
China has long been a troublesome market for Microsoft. Former CEO Steve Ballmer reportedly told employees in 2011 that, because of piracy, Microsoft earned less revenue in China than in the Netherlands even though computer sales matched those of the U.S.
Microsoft declined to comment.
Last month, Microsoft ended support for the 13-year-old XP to encourage the adoption of newer, more secure versions of Windows. This has potentially left XP users vulnerable to viruses and hacking.
"China's decision to ban Windows 8 from public procurement hampers Microsoft's push of the OS to replace XP, which makes up 50 percent of China's desktop market," said data firm Canalys.