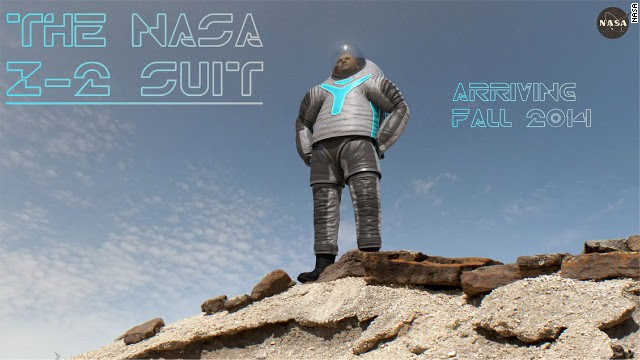 With nearly 150,000 votes, "Technology" is the people's choice for NASA's new Z-2 spacesuit. Here are all the nominated designs.
HIDE CAPTION
NASA's new spacesuit
<<
<
1
2
3
4
5
6
7
8
>
>>
STORY HIGHLIGHTS
Editor's note: Each week in "Apparently This Matters," CNN'sJarrett Bellini applies his warped sensibilities to trending topics in social media and random items of interest on the Web.
(CNN) -- UPDATE: On April 30, NASA revealed "Technology" as the winning design for their new Z-2 spacesuit. With almost 150,000 votes -- just over 63% of the 233,431 total -- "Technology" will be incorporated into the final version of the Z-2 spacesuit, and is expected to be ready for testing by November.
I applaud you all for not choosing "Biomimicry." There's hope for the future. Maybe.

Lunar eclipse in a minute

Mesmerizing time-lapse video of Earth
Below is our original column about the design contest, published on March 28:
The July 21, 1969, headline of the New York Times read, "MEN WALK ON MOON."
But had Neil Armstrong and Buzz Aldrin not been wearing their fancy A7L spacesuits when they stepped off the Eagle, readers would probably have woken up to "WELL, THAT GOT MESSY." 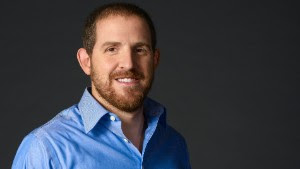 "Apparently This Matters" Is Jarrett Bellini's weekly (and somewhat random) look at social-media trends.
To be fair, I don't actually know what happens if an astronaut ventures out into space wearing, say, blue jeans and a Mexican Baja hoodie, but if cartoons have taught me anything -- and God knows they have -- it's that people tend to explode.
So that's exactly what would happen. Cartoons don't lie.
Of course, the Apollo 11's original A7L spacesuit was a technological achievement for its time. But like all things NASA, it was a constant work in progress, and four missions later when Apollo 15 blasted off for (I think) Pittsburgh, astronauts began wearing the A7LB.
See what they did there? They added a B.
Most notably, among some other minor changes, the A7LB provided more waist mobility for sitting in the rovers. But it was also probably just as difficult to change your socks.
"Yo, Buzz, a little help here."

NASA: Kepler planet may be habitable
Since the Apollo missions, spacesuits have continued to change and advance, always reaching for the limits of science and imagination. Though, I am holding back a certain amount of praise for NASA until they finally engineer a loose-fitting space Snuggie.
I mean, what's the point of going into the cosmos if you have to wear pants?
Today, NASA is once again deep into developing a whole new spacesuit, and this time, you actually get to help decide the design.
But just the appearance. Not any of the technical specs. That would just be reckless.
"It needs a beer holder! For your beer! Roll Tide!" 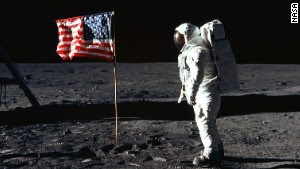 This is the A7L spacesuit. Unfortunately, Madison Rising was not available to perform when the flag was placed on the moon in 1969.
On Monday, voting started on the new Z-2 spacesuit. Participants can choose between three design models, all of which are so futuristically ridiculous that they are simply amazing. I love them.
The new spacesuits are a direct improvement to the current prototype Z-1, which had a soft upper torso. The Z-2 is made of state-of-the-art hard composite, perfect for cage fighting on Mars. Which is probably the first thing we'll do with the Red Planet after we put up a Wal-Mart.
The Z-2 is also the first spacesuit to use 3-D laser scanning and 3-D printing.
Cast your vote here
So, clearly, there's a bit of serious technology going on here. Though, with all due respect to NASA, none of this stacks up to the vision and engineering of the Sports Illustrated football phone.
Really, that thing was a technological wonder.
But so are the new Z-2 spacesuits, and when you go online to vote, you'll have three options.
The first option, "Biomimicry," is inspired by the oceans of Earth and mimics some of the bioluminescent qualities of fish and reptiles. Its signature feature is electroluminescent wire that stretches across the upper torso and becomes visible in low light.
To me, this is the least interesting of the three designs, though its reptilian outer shell might buy us some time with our new alien overlords.
"Gork, she sort of looks like us."
"Your mom sort of looks like us."
"Shut up, Gork."
The second design is called "Technology" and uses Luminex wire and light-emitting patches that can help crew members easily identify each other on spacewalks. 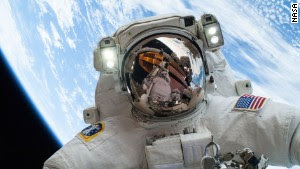 The current model actually being used in space is the Extravehicular Mobility Unit, or EMU for short.
It's actually a cool-looking design, but I'm pretty sure they could've just saved a bunch of money by stealing a box of those "Hello, My Name is _____" stickers from a company retreat.
"Oh, so you're Dave."
"Dude, we just spent the last 250 days together in a space ship flying to Mars. How do you not know this?"
The third option is called "Trends in Society," and with a bright color scheme mimicking athletic training gear, it's supposed to reflect what everyday clothes might look like in the future.
Keeping to its name, the "Trends in Society" spacesuit proudly supports legalized marijuana and doesn't want to have kids.
It's very progressive.
Voting ends for the Z-2 project April 15, and the winning design will be revealed by April 30. After that, NASA expects to have the suit completed by November and will immediately begin testing with it at the Johnson Space Center in Houston.
These tests will take place in vacuum chambers, a neutral buoyancy lab and a simulated Mars environment.
"Your mom is a simulated Mars environment."
"Shut up, Gork."
Follow @JarrettBellini on Twitter.