April 16, 2014
GOOGLE'S modular smarrt phone may be the last phone you ever need to purchase

At the Project Ara Developer’s Conference in Santa Clara, California, the moment of unveiling was a bit of a letdown. When project lead Paul Eremenko got ready for the big reveal — finally showing off Google’s vision for a modular phone with working, user-interchangeable components — he had to dampen expectations from the enthusiastic crowd. “You should temper your applause,” he warned, explaining that the device had been damaged the previous day. “We did crack the screen, and the phone doesn’t quite boot.” A disappointment, sure, but it did little to actually temper anything.
Project Ara is Google’s attempt to reinvent the cellphone as we know it. Instead of a slab of glass and metal that you have no ability to upgrade, save for buying a new device, it’s an attempt to launch a phone where all of the main components are interchangeable via modules that click in and out, attaching via electro-permanent magnets. Despite being highly customizable, it will only come in three main sizes, helping to eliminate the kind of device fragmentation that currently plagues Android. Google plans to roll out a “gray model,” a very basic device that costs as little as $50, as well as higher-end handsets that could go for as much as $500 and up. The former will be released first — around this time next year if all goes according to plan — and will likely be a smaller, Wi-Fi-only version. This bare-bones model will be followed by the higher-end ones eventually. But Google’s initial objective is to ramp up a hardware ecosystem that moves at the same pace as the software it runs.
It’s ambitious, to say the least. 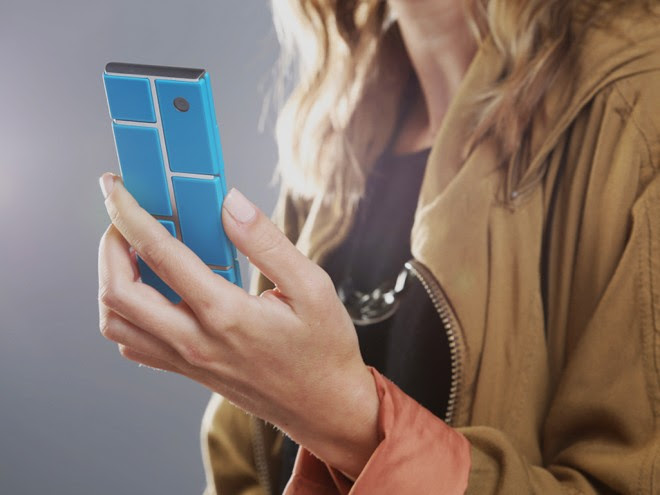 Image: Courtesy of Google
There’s a certain prescience to the damaged prototype. It bears one of the most common injuries you’ll see on a smartphone: a cracked screen. In theory, this is just the kind of issue Ara will solve. But because it came directly from Germany, and because there is no way to replace the module here in the United States, it’s just another broken phone.
It also drives home another point: When Ara devices do hit the streets, they will only be as good as their support network. For the support to work, you’ve got to have a lot of modules, and a lot of access to those modules. Project Ara needs a network of retail stores where people can do things like pick up a new screen. It also needs enough developers making modules to sustain that kind of retail presence — and it needs it globally.
Google is working to make things easy for programmers and hardware manufacturers to work with the Ara standards, but for many items — anything that uses radio frequencies and thus requires FCC approval for example — it’s going to need buy-in from consumers too.
Google’s willingness to try something so ambitious in public is energizing, particularly in the era of the get-rich-quick smartphone app.
All of this makes for a heady and optimistic yet extremely uncertain future. Ara is a project from Google’s ATAP (advances technology and projects) group. ATAP is philosophically and structurally based on DARPA; it was one of the few things Google kept from Motorola when it sold the company to Lenovo.
And honestly Ara, at least as a concept, is fantastic. Who wouldn’t want the ability to some day print out new parts for their smartphone at home, expanding its life expectancy to six years and beyond? Google’s willingness to try something so ambitious in public is energizing, particularly in the era of the get-rich-quick smartphone app. Project Ara’s goals could transform the industry, give people greater control over their own devices, and free them from the annual cycles of obsolescence. It’s flexible platform suitable for everyone, everywhere, from every walk of life.
Or, it could be a catastrophic and very public failure. A huge embarrassment. This is what Google does best. Its willingness to take big risks and make big bets knowing they may not pan out is a remarkable attribute in a publicly traded company.
The Project Ara conference is an important first step for the initiative. It’s the first time Google is looping in developers and laying out the technical groundwork. There will be two more conferences this year, where presumably we’ll see more modules and hopefully working prototypes. Whether or not Google can pull this off remains to be seen. But it will be one of the most exciting stories to watch in technology during the next year. 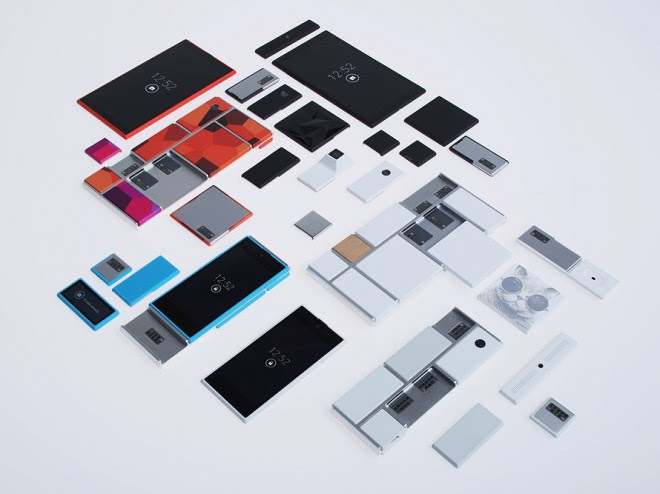