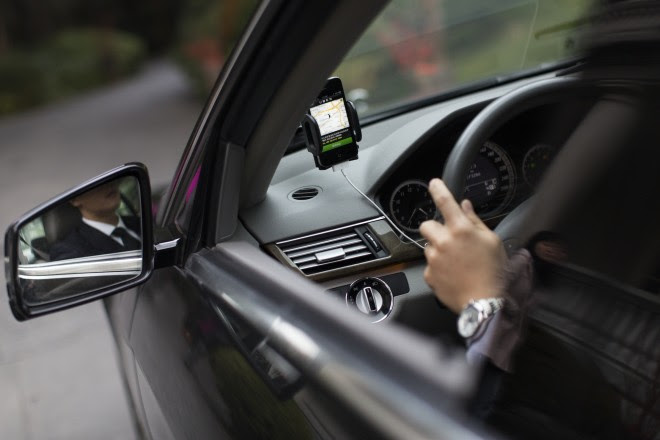 Photo: Uber
The world appears to be moving towards a future where private vehicles double as public transportation. But the road along the way is far from smooth.
The latest evidence: an announcement this morning from San Francisco ride-sharing startup Uber that it’s expanding insurance coverage for the drivers that make its service go. The company — a poster child of the “sharing economy,” though the company shuns the term — is expanding insurance plans to cover drivers who are running Uber’s app in their personal vehicles but aren’t carrying passengers at the time of an accident. The decision stems from the case of a little girl struck and killed by an Uber driver New Year’s Eve in San Francisco. Because the driver wasn’t carrying a passenger, the girl’s death wasn’t covered under Uber’s insurance policy.
The new policy would provide some coverage as long as a driver for the company’s Uber X service has the app open. The issue is complicated because, as in the case of 6-year-old Sofia Liu’s death, drivers for the company’s Uber X service use their own cars. It might seem obvious that if you’re hit by a yellow taxi, both the driver and the taxi company are liable. But in the gray area of Uber X cars — which are owned by their drivers but are used in work for the company — insurers, regulators, and ride-sharing startups are far from a consensus on who should cover what.
Uber says it’s trying to provide some clarity. And it’s not alone. In a sign of how pressing the “insurance gap” issue has become — and how competitive the race is between ride-sharing startups — the company’s pink-mustached rival Lyft has announced a similar expansion of its insurance coverage. The question is whether these new policies will mollify critics and regulators — and whether companies like Uber and Lyft can profitably run their operations as insurance costs continue to rise. 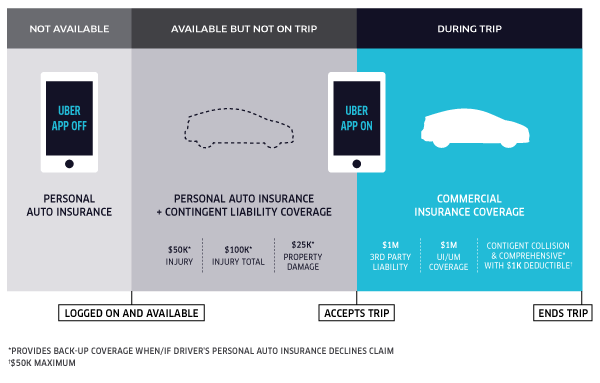 Uber has always positioned itself as an app-based platform for ride-sharing, not a transportation company, and that has fueled some of the uncertainty around the insurance issue. The company vets drivers before allowing them on its system, and drivers carrying passengers are covered by a $1 million liability policy when they’re working for the company. But just having the Uber app open creates an ambiguous situation. Maybe drivers are actively looking for a fare — which looks a lot like working for Uber. But maybe they’re just checking in to see how busy it is that day. Or perhaps they just keep it open all the time in case they feel like accepting a fare every now and then, even if they’re really on the road just to go to the grocery store.
An attorney for Sofia Liu’s family argued in a wrongful death lawsuit that because the driver in her death had the app open — his attorney says he was actively looking for a fare — he was on the clock for Uber. “Regardless of whether a driver actually has a user in their car, is on their way to a user who has engaged the driver through the app, or simply is logged on to the app as an available driver, Uber derives an economic benefit from having drivers registered on the service,” the suit says.
With its new policy, Uber seems to be splitting the difference. According to the company, its new policy kicks in up to $100,000 in coverage for injuries if a driver’s personal insurance declines the claim. (Uber says that in the case of Sofia Liu’s death, the driver’s insurance company has offered to cover up to the maximum of his plan.) Uber’s “insurance gap” coverage is not as much as the million-dollar policy for cars carrying passengers, but it seems to be Uber’s way of ensuring some level of coverage without making Uber X — the company’s cheapest option — prohibitively expensive.
“The bottom line is that the drivers who use our app and the riders and communities we serve should have the confidence that any potential ‘insurance gap’ is covered with a safety net as governments and insurance companies work out the details of ridesharing in their cities and state,” the company says.
The new plan may help solve this particular controversy, or not. Even if it does, many other issues loom on the horizon. In many of those cities and states, policy makers are questioning whether Uber and similar services should be legal at all. Until that basic question is answered, the ostensibly simple act of sharing a ride is only going to get more complicated.

Marcus Wohlsen is a staff writer for Wired Business and the author of Biopunk: DIY Scientists Hack the Software of Life
Read more by Marcus Wohlsen
Follow @marcuswohlsen and @wired_business on Twitter
insurance Jonathan Kine Uber