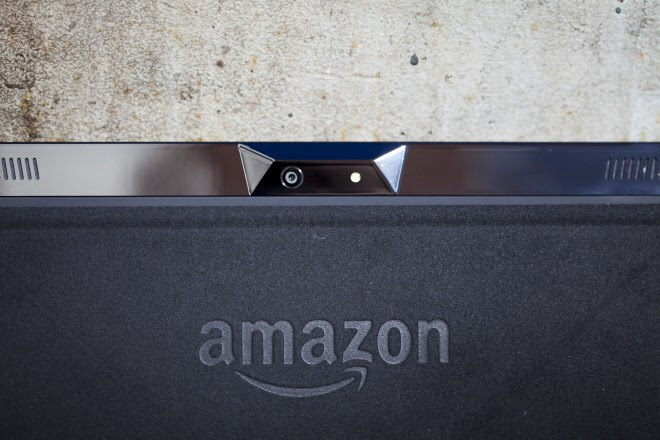 Photo: Josh Valcarcel/WIRED
Amazon, the online giant, really wants to move into the real world. There are so many ways the company has carved out new retail territory right next to us: delivery lockers, vending machines,grocery trucks.
So it’s no surprise that Amazon is now aiming for the very heart of the offline retail world: the cash register.
According to The Wall Street Journal, Amazon is developing checkout systems based on its Kindle tablet, and these devices could appear in brick-and-mortar stores as early as this summer. Apparently, the project is a result of Amazon’s recent acquisition of engineers and technology from GoPago, a point-of-sale startup that struggled to escape the shadow of rival Square.
In a market where more than 90 percent of U.S. retail spending still happens offline, that’s data Jeff Bezos clearly covets
With Kindle cash registers, Amazon isn’t trying to sell merchandise itself. It wants other merchants to use them. It may even give merchants the Kindles for free. But in exchange, it gains the ability to collect some truly valuable intelligence: what people are buying when they’re not on Amazon.com. In a market where more than 90 percent of all U.S. retail spending still happens offline, that’s clearly data that Jeff Bezos covets.
(Reportedly, his company is also developing an Amazon digital wallet that lets you pay for stuff in real world retail shops through your smartphone — a way of tracking your offline purchases from the other side of the counter.)
Amazon’s biggest advantage over its rivals — both online and offline — is that it can so closely track people’s individual purchasing habits. It has spent years gathering the behavior of people on its website, gaining a depth of knowledge that no one else can top.
Google knows what you’re searching for, but it’s still ramping up its own payments infrastructure to figure out what you’re buying. And traditional retailers are still trying to figure out how to rig their own checkout counters to track customers. Meanwhile, Amazon is getting cocky about its knack for knowing what you want: it just patented “anticipatory shipping,” where it would box up orders for you before you even make them.
Adding an Amazon cash register into that mix would only give the company another way to enhance its already formidable advantages.

To Know You Is to Sell to You

We don’t know how far Amazon will go here. We don’t know, for instance, what kind of privacy policies these Amazon point-of-sale systems would have. Tracking could involve no more than anonymized profiles that tally all the purchases made on an individual credit card. And merchants may have the option of keeping even that data to themselves. But Amazon is likely to go further.
One of the key appeals to small businesses of moving to next-gen, app-based registers is the ability to gain the same kind of customer intel that Amazon has used to build its empire. Amazon would almost certainly offer an analytics platform to help merchants figure out, for example, who’s buying what, how to target different individuals and demographics, and what deals to offer to spur more buying. It’s easy to imagine a kind of freemium model where, in exchange for deeper analysis, merchants share more of their data with Amazon — and perhaps Amazon shares data with them.
If Amazon really does gain this kind of foothold in offline retail, its competitors could be left playing catchup once gain. The only rival in any real position to match an Amazon infused with offline purchasing data is Walmart. Walmart, the world’s biggest retailer, dominates the realm of in-store intelligence, and it has 1,500 people in Silicon Valley trying to figure out how to match Amazon in online shopping.
That said, the Amazon cash registers face a long list of companies already jockeying for space on checkout counters, from PayPal to Square to Intuit. And it’s worth remembering that many small businesses loathe Amazon. Unlike those other point-of-sale companies, Amazon actually sells many of the same things that offline small business do, often at a lower price. Letting in Amazon might feel like welcoming the wrecking ball that’s already trying to knock their stores down. To convince them otherwise, Bezos and company will have to show that its registers bring will bring more real customers through a store’s doors, not just people who look and then go home to buy on Amazon.

Marcus Wohlsen is a staff writer for Wired Business and the author of Biopunk: DIY Scientists Hack the Software of Life
Read more by Marcus Wohlsen
Follow @marcuswohlsen and @wired_business on Twitter.