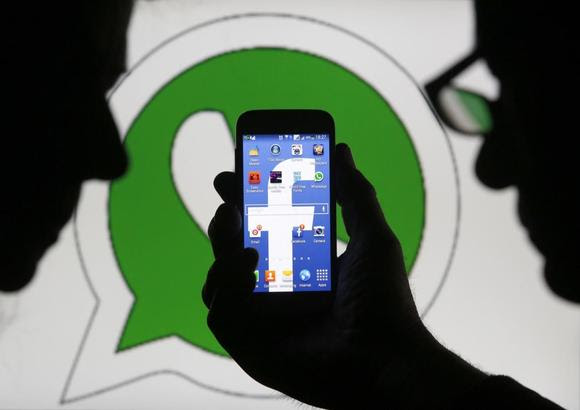 An illustration photo shows a man holding a smart phone with a Facebook logo as its screen wallpaper in front of a WhatsApp messenger logo, in Zenica February 20, 2014.
CREDIT: REUTERS/DADO RUVIC