Google: How not to be a 'Glasshole'

Google: How not to be a 'Glasshole' 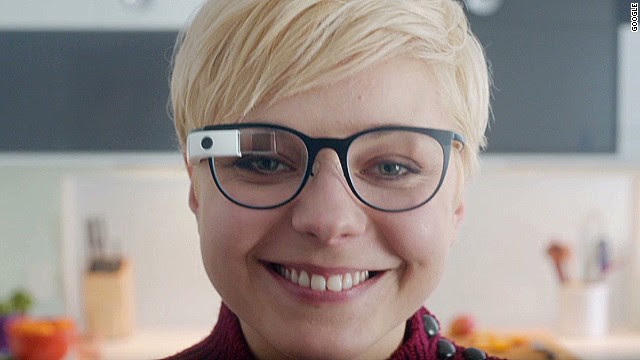 STORY HIGHLIGHTS
(CNN) -- Google has heard all the concerns about Glass, its digital headset expected to hit the market by the end of the year.
They've heard people's fears they'll be secretly recorded by a Glass-wearing creeper. They know somebody's going to be stupid and drive while using them. And, yes, they know that some people might think you're a "Glasshole."
So, now, they're serving up a list of "do's" and "don'ts" to avoid those awkward moments and get the most out of what may be the most high-profile entry in the emerging wearable-tech market.
On its website for Glass, Google has posted advice for testers in its current Explorer program and, presumably, the folks who will be entering the world of Glass when the headset goes on sale to the public.

Google Glass: view from a firefighter

Judge tosses Google Glass driving ticket
Here's a breakdown of some of our favorites.
DO: Ask for permission
"Standing alone in the corner of a room staring at people while recording them through Glass is not going to win you any friends," Google says. "The Glass camera function is no different from a cell phone so behave as you would with your phone and ask permission before taking photos or videos of others."
Fears about privacy around Google Glass have been one of the device's biggest hurdles on its path toward acceptance. Restaurants have banned them, and complete strangers have confronted testers because of the device's ability to shoot photos and video.
Easing those fears will be important for Google as it moves forward.
DON'T: Be creepy or rude (aka a "Glasshole")
Yes, Google itself used the derogatory term "Glasshole" (although it's been massaged into a description of bad behavior, as opposed to its broader meaning as a slur, voiced by some critics, used to describe anybody wearing the headset).
This is the flip side of the first entry.
"If you're asked to turn your phone off, turn Glass off as well," Google writes. "Breaking the rules or being rude will not get businesses excited about Glass and will ruin it for other Explorers."
DO: Take advantage of the Glass voice commands
This is the real advantage of a lot of wearable tech. You don't have to fiddle around with it like you do a smartphone. But we mostly just like Google's hypothetical scenarios here:
"Glass can free your hands up to do other things like golfing, cooking, or juggling flaming torches while balancing on a beach ball."
DON'T: Glass out
Google is pushing Glass as a way of getting quick updates or performing quick actions, as a complement to other mobile devices instead of a replacement.
"If you find yourself staring off into the prism for long periods of time you're probably looking pretty weird to the people around you," the post reads. "So don't read War and Peace on Glass."
DO: Use screen lock
Once you've customized your Glass, bad guys who get their hands on it will have access to your e-mail and other sources of personal information, just as if they'd snagged your phone or laptop.
DON'T: Wear it and expect to be ignored
Google is treating its Explorers (many of whom forked over $1,500 for the right to say they were first) as walking billboards for the product.
They don't want those billboards acting like ... well ... Glassholes.
"If you're worried about someone interrupting that romantic dinner at a nice restaurant with a question about Glass, just take it off and put it around the back of your neck or in your bag," says Google.
Around the back of your neck? That sounds like a fashion faux pas -- and another "don't" to us.