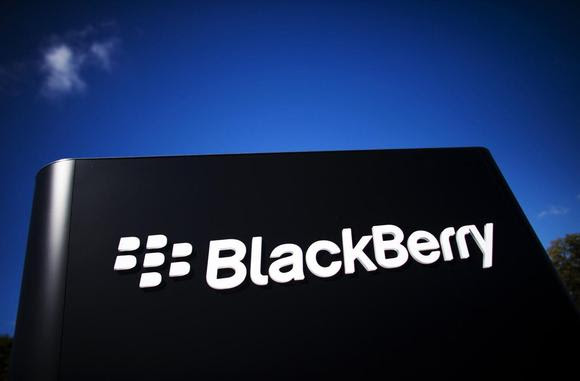 The company logo is see at the Blackberry campus in Waterloo, September 23, 2013.
CREDIT: REUTERS/MARK BLINCH

(Reuters) - BlackBerry Ltd plans to launch a new tool forbusiness and government customers to manage mobile devices on their networks, part of a drive by the one-time smartphone pioneer to focus on its profitable enterprise or services business.
The company said on Tuesday it would launch BlackBerry Enterprise Service 12, or BES12, to unify its existing platforms and provide clients with increased flexibility and security.
Following a decline in popularity of its once iconic devices, BlackBerry is striving to reinvent itself under new Chief Executive John Chen.
It hopes that focusing on its enterprise business, which has long been a core strength, will help revive its fortunes, as its new line of BlackBerry 10 devices have failed to win back market share from iPhone and Android devices.
BlackBerry said BES12, which is to be launched by the end of 2014, will unify the existing BES10 and BES5 platforms that its clients currently use to manage mobile devices on their internal corporate and government networks.
While BES5 manages BlackBerry's older generation of devices, its BES10 offering allows clients to manage its new generation of devices powered by its BlackBerry 10 operating system, along with devices that run on Apple's iOS operating system and Google's market-leading Android operating system.
"With both BES5 and BES10 we have mobile device management platforms, but the breadth of functionality we provided on those was relatively narrow," said John Sims, the head of BlackBerry's enterprise business in an interview.
"We wanted to expand the platform and BES12 is positioned as the next step on that axis. We will be able to provide seamless enterprise mobility management to the whole family of BlackBerry devices, as well as much stronger capabilities in the cross platform space," said Sims, noting that BES12 will allow those using iOS and Android devices on corporate networks to enjoy a much more seamless user experience.
BlackBerry is counting heavily on the success of its mobile device management offering as it charts a new course under the leadership of recently appointed Chen, who is keen to rebuild the company as more of a niche player focused on the so-called enterprise market of large corporate and government clients.
In December, BlackBerry said the number of enterprise clients that had installed or were testing its BES10 offering had risen to 30,000 from roughly 25,000 in the summer.
BBM FOR ENTERPRISE
BlackBerry also said it planned to launch BBM Protected that would allow enterprise clients in regulated industries such as the financial sector to use its messaging application BlackBerry Messenger, or BBM, for corporate messaging purposes.
The service will allow employees of an organization to chat with their colleagues under a level of enhanced security, while remaining free to message their BBM contacts outside of the organization easily and in privacy.
BBM Protected, which is launching this summer, will be part of a broader suite of enterprise-focused BBM services and these will be offered to enterprise customers that pay a monthly per-user fee, BlackBerry said in a separate statement on Tuesday.
BBM was a pioneering mobile-messaging service, but its user base has failed to keep pace with that of WhatsApp and other more recent entrants, in part because BlackBerry had long refused to open the service to users on other platforms.
Late last year, the Waterloo, Ontario-based company finally opened the messaging platform to users of iPhones and Android devices, and the number of the service's active users has grown to more than 80 million.
BlackBerry on Monday announced it was also going to make the tool available to Microsoft's Windows Phone and its upcoming Nokia X platforms in the coming months.