Deal Could Be Announced as Soon as Thursday 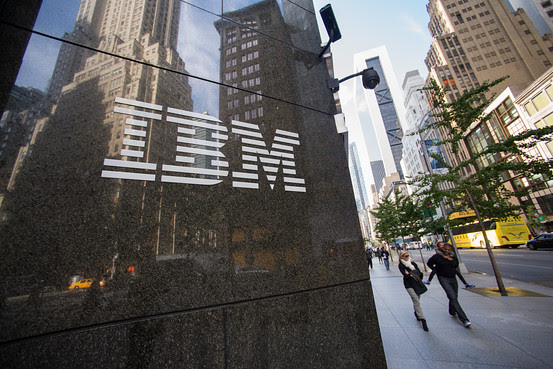 A sale for IBM would come as its hardware business is eroding. Bloomberg News
Lenovo Group Ltd. 0992.HK -1.34% is close to a deal to buy International Business Machines Corp.'s low-end server business, according to a person familiar with the matter. A deal could be announced as soon as Thursday, people familiar with the matter said.

Lenovo, Dell Inc. and Japan's Fujitsu Ltd. 6702.TO -2.20% have looked at buying IBM's server business since the company revived a sales process for it that stalled last year, people familiar with the matter said.
Lenovo shares were halted on the Hong Kong stock exchange Thursday, pending an announcement of a transaction, the company said without disclosing details.
Lenovo last year had been in talks to buy all or part of IBM's so-called x86 server business. Talks broke down between the personal-computer maker and IBM over differences in price. Lenovo put the value of the business at below $2.5 billion at the time. Interested parties this time around were still valuing the business at below $2.5 billion, said a person familiar with the matter.

Low-end servers had churned out double-digit revenue gains, but their growth has slowed in the past few years.

Lenovo confirmed earlier this week it was in talks about a possible acquisition but didn't name the target.
For Lenovo, which already outpaces its U.S. rivals in the personal-computer market, an acquisition could help it compete against Hewlett-Packard Co. HPQ -0.20% and Dell in servers as well. A purchase could help Lenovo secure a new source of growth and profit at a time when demand for PCs is weak globally.
This wouldn't be the first deal for the companies: In 2005, Lenovo bought IBM's personal-computer business for $1.25 billion.—at the time one of the biggest foreign acquisitions ever by a Chinese company.

Last year, Lenovo considered a bid for struggling Canadian smartphone maker BlackBerry Ltd. BB.T +9.93% , people at the time said.
A sale for IBM would come as its hardware business—which houses computer servers, storage gear and computer chips—is eroding. In its earnings report Tuesday, the company reported its sharpest quarterly revenue decline in more than four years.
Shares closed down Wednesday about 3.3% to $182.25.

A sale of the server business would likely draw scrutiny from a U.S. government committee that reviews foreign acquisitions on national-security grounds. The Committee on Foreign Investment in the U.S., or CFIUS, reviewed and approved the earlier Lenovo deal for IBM's PC business, which was a major provider of laptops and other computers to the U.S. government.

The committee doesn't disclose the details of the cases it reviews, and it sometimes requires the companies in a deal to mitigate perceived security risks to the U.S.
"There may be national security risks, depending on where and how the servers are used," said Jonathan Gafni, president of consultancy Compass Point Analytics LLC and former official with the Director of National Intelligence who worked with CFIUS. "The Lenovo-IBM PC deal might provide a model for the U.S. government to mitigate any national security risks relating to [government] use of IBM's x86 servers."
The Treasury Department, which leads CFIUS, doesn't comment on cases it reviews except in special circumstances.

While CFIUS reviews technical material relating to national security, other parts of the U.S. government, including Congress, have expressed political sensitivities to major acquisitions from China.
A sale would fit IBM's strategy of moving upstream in the technology industry. IBM has exited low-margin businesses such as the PC division it sold to Lenovo and expanded in areas such as software and services, where its technological might and consulting expertise offer better profit potential. IBM, like other big technology companies, also is stepping up its investment in cloud computing.
—William Mauldin
and Juro Osawa
contributed to this article.
Write to Dana Mattioli at dana.mattioli@wsj.com and Dana Cimilluca at dana.cimilluca@wsj.com