What Online Communities Can Learn From Twitter’s ‘Block’ Blunder

What Online Communities Can Learn From Twitter’s ‘Block’ Blunder 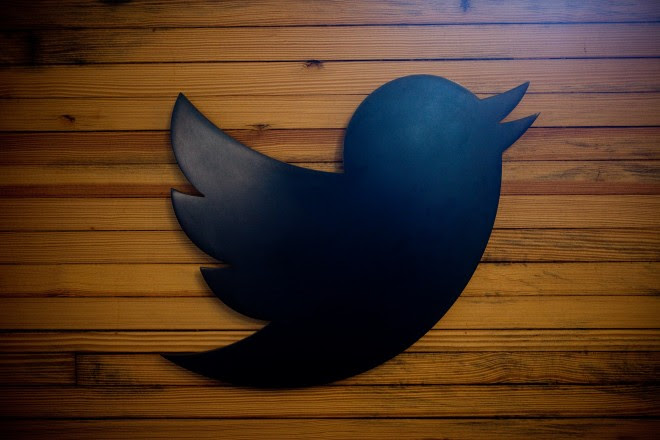 This week, Twitter changed its “block” feature so that people who were blocked by users could once again interact with the users who had blocked them. After intense backlash from users — including the lively #RestoreTheBlock hashtag — Twitter reverted the change, saying it “never want[ed] to introduce features at the cost of users feeling less safe.”

What just happened, and what can other companies learn from this? This may have been one recent incident, but it’s not an isolated one — witness Twitter’s (and other social networks’) delay in implementing a report-abuse button, for example. These kinds of features aren’t just abstract; they have a concrete impact on individual users and the health of online communities overall.

First, the basics: In case you missed it, Twitter has a feature called “block.” If you block someone on Twitter, that user can no longer interact with you. But Twitter changed the feature from blocking to essentially muting someone, which meant that users wouldn’t see updates from the blocked person — yet they could still follow, favorite, retweet tweets, and so on.

The change punished users, not harassers. That’s why the truth-in-humor analogies ranged from things like calling the police about an attack and being told “Well, what were you thinking, going out in public?” to bullying someone in a classroom and then having the teacher offer the bullied student earplugs (that was one of mine). In short: ridiculous.

In Forbes, Kashmir Hill said that Twitter “moved itself out of the role of controlling what users do on the site.” But when you run a community, you don’t get to just step down and leave your members to fight among themselves. When you start a community, you make a promise: We will take care of you. Abdicate that responsibility, and your community will eventually falter.
Things worked out in the end, this time. But these are my takeaways for what companies need to consider and do differently in future — especially when changing features that affect user safety.

Derek Powazek has been creating community sites online since 1995. He is the Editor in Chief of Tonx; the creator of Fray; the author of “Design for Community”; and a consultant at Fertile Medium. Follow him on Twitter @fraying.

Many Twitter members have spent years adding jerks, haters, and abusers to a carefully crafted block list. This ability created an agreement with Twitter: “I don’t want these people to interact with me again.”
When Twitter changed that agreement without warning, it meant everyone in that blocked group could suddenly interact with you again. Worse, when those blocked people now interacted with you, Twitter would hide it from you. This meant that if someone was harassing you, your friends could see it … but you would not.
Now, had Twitter added a new feature called “mute” that operated the same way the new block did, alongside the current block, no one would have complained. What Twitter tried to do is change block (a tool that severs ties) to mute (a filter). The fact that many third-party Twitter clients have built their own mute tools is proof that it’s needed. Twitter should still add it natively without taking away the existing block tool.
But to change the way an existing community tool worked — especially one so central to the safety and sanity of users — is to court disaster. Twitter changed block from something users did to others, to something users did to themselves.

What made things worse was how the change was communicated to users. Which is to say, it wasn’t.
Implementing the change with no warning created the appearance of Twitter trying to sneak something past its users. I’m not saying that was their intent. But the way the change rolled out made it seem more incidental than important. In fairness, the company did talk to media, explaining that it was trying to prevent retaliation behaviors, and it did update information on its site.
But updating an FAQ and talking to industry press is not the same as communicating with your members. When a website, platform, social network, company, or other forum makes a change to a core piece of community functionality, it has to tell its users about it directly. In advance. Ideally even soliciting — and listening to — their feedback.
Of course you can’t run every change past the entire community, but Twitter is a communication platform; it’s not like they have no way to talk to their members. And whether they like to admit it or not, they’re managing a community. Communities aren’t just companies beholden to their board and stockholders — they have a responsibility to their users. (Which is also why Twitter’s reverting the feature is a positive sign.)

The most outrageous part of the recent block-unblock episode is that, despite Twitter’s claims to the contrary, they were basically fixing the problems of the people who got blocked — not of the people who were doing the blocking.
Twitter, when faced with years of complaints from the blocked, capitulated to them by restoring access to the users who had blocked them. (While some argued the change better reflected how the block feature actually works, Twitter said it was because retaliation scenarios could spur greater abuse.) But I’ve managed or worked with many communities with tools like this, and you’d be amazed how common it is for people who misbehave and get punished to come crying to the admins. Once you scratch beneath the surface of their complaints, however, nine times out of ten they were the ones in the wrong: “Well, yeah, I did break the rules, but I still shouldn’t be punished!”
When making a core policy change like this, the company has to ask itself: Whose problems are we solving? And: What additional problems might that change create? Only then can a company avoid the mistake of an illogical and insensitive change.

Block is a necessary tool for communities to manage themselves, but it’s not the only tool a community of millions needs. As I’ve described it in the past, having only the block feature in a large community like Twitter is like “setting the dinner table with only chainsaws.” We need more humane, nuanced tools for people to manage their networks (and attention).
Humans are weird and messy and therefore require a weird and messy set of tools. Here are just a few examples of more tools that companies should consider:
Dismiss. People often block because there’s no other way to remove a tweet from view. If Twitter added this tool for any tweet (just like the one that exists for ads), there’d be less need to block right away.
Timeout. I’ve often wanted a tool that operates like block with a time limit: blocking another user for a day or a two and then unblocking. This would be a great way to short-circuit a hot argument without implementing a long-term block once people have cooled down.
Spike. I also frequently use this technique, which I call a “spike”: blocking someone, forcing them to unfollow me, and then unblocking them again so there’s no trace. This is a workaround; I’d rather just have the ability to remove myself from someone else’s follow list without notification. It’s like leaving a party without saying goodbye.
Negative Feedback, Positive Reinforcement. Twitter should be monitoring accounts that get blocked a lot (or receive other negative feedback) for sudden jumps in activity. If a user gets carried away, goes off the deep end, or misses their meds, then Twitter could step in: “Hey, we’ve noticed you’re getting a lot of negative feedback today. Are you okay?” Sometimes just getting noticed is enough to calm someone down and defang vitriol.
Block List and Redress. Twitter’s block is still incomplete. Where is the page that shows all the people I’m blocking? There isn’t one. How can a user send a polite appeal to a user to get unblocked? They can’t. Twitter should finish building the feature it already has before changing its core functionality altogether.
* * *
I acknowledge that none of this is easy. But neither is creating a real-time, multi-platform messaging network that is used by millions, and Twitter has accomplished that despite the odds.
They’re also not alone in facing such tradeoffs and challenges. So this is a teachable moment for those of us building, participating, and moderating online communities today — one that I hope the rest of the industry is paying attention to as well. As we live more of our lives online, we need to get this right.