The Next Big Thing You Missed: A Mobile OS That Doesn’t Care What Phone It’s On

The Next Big Thing You Missed: A Mobile OS That Doesn’t Care What Phone It’s On

(Updated by Endah)
The Next Big Thing You Missed: A Mobile OS That Doesn’t Care What Phone It’s On 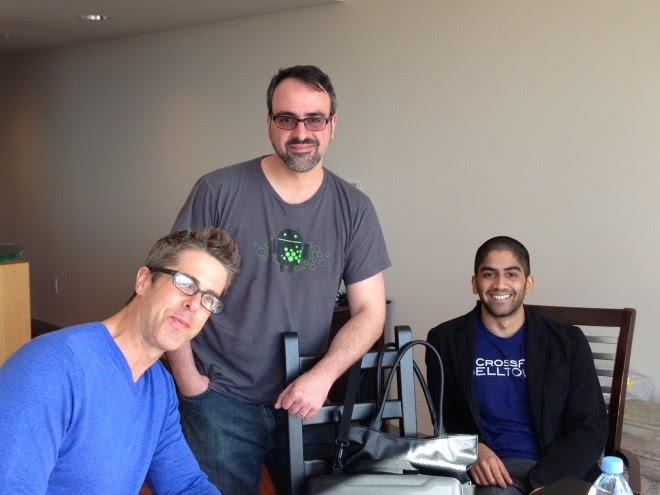 Most people just use the operating system that comes with their smartphone. It’s easier to simply take what you get from Apple or Nokia or Samsung. But Steve Kondik sees things differently.
About four years ago, Kondik started tinkering with an early version of Google’s Android mobile operating system, a piece of open source software that’s freely available to anyone. Eventually, he pieced together an alternate version of the Google OS, known as Cyanogen, and backed by a thriving community of software hackers, this “mod” became one of the most popular ways of replacing and enhancing the OS that comes with your phone.

That may sound like sound like an extreme undertaking, and, well, it is. Not everyone has the skills or the desire or the time to fashion their own mobile operating system. But Kondik believes that many people are looking for a simpler way of customizing the software on their phones, and that’s why he co-founded a company that seeks to bring Cyanogen to masses. “It should be super-easy” to get your phone to work the way you want it to, Kondik says. “Let’s break down all the barriers.”

‘It should be super-easy to get your phone to work the way you want it to. Let’s break down all the barriers.’
— Steve Kondik
Now, with an infusion of $23 million in funding, on top of the $7 million the company received earlier in the year, Silicon Valley is betting that Cyanogen can become the world’s third big mobile operating system, after Apple’s iOS and Google’s official version of Android. That’s a tall order. But Cyanogen has someone going for it that something like the Blackberry OS or Microsoft Windows Phone doesn’t: It can be loaded on practically any phone (Apple iPhones excepted).

The idea, says Cyanogen CEO Kirt McMaster, is to create a direct-to-consumer mobile operating system that totally bypasses big handset makers such as Samsung and Google’s Motorola. Because they aren’t solely focused on software, McMaster argues, companies like Samsung simply can’t be as responsive to the evolving desires of consumers. “From the moment of our birth,” McMaster says, “we’ve been focused on the user.”

Of course, most software companies will tell you they care about user-centric design. But thanks to its open source model, Cyanogen gives the users themselves the option of directly asserting their wants and needs.
That said, the company’s ambitions go even further. In addition to providing an OS directly to customers, Cyanogen can help bootstrap a new breed of handset maker. Today, Chinese outfit Oppo Electronics is set to ship its N1 smartphone, the first handset approved by Google that comes pre-loaded with Cyanogen. McMaster says that China is particularly eager for an OS such as Cyanogen, as local internet giants seek to grab hearts and minds on smartphones as well as on the desktop, but that other countries will soon follow suit. “We think what’s happening in China is going to expand into the global market.”
During its early days, Cyanogen raised the ire of Google. The web giant even sent Kondik a cease-and-desist because he was bundling his open source OS with proprietary Google applications such as Gmail and Google Maps. Though the confrontation got a little sticky, Kondik says, it ultimately led to more attention for his project.

Originally, hackers worked around Google’s displeasure by loading the purely open source version of Cyanogen onto phones that already included non-open-source apps such as Gmail. And now, McMaster says, his company’s relationship with Google is solid. “We’re sort of like the Jedi knights trying to do the good thing and work with Google,” he says.
In the end, it makes sense for Google to play nicely with Cyanogen. McMaster says that a good 10 million people are already using the OS, and they all can feed the Google bottom line. Google makes its money serving ads through the apps that run on Android, not by selling Android itself. Even if Cyanogen were to surpass other pre-installed versions of Android in popularity, this third-party OS could still end up as a boon for Google.

McMaster and company hope that the creative energy of its open source community can help attract a new crop of users through better options for security and customization, as well as better overall design. Kondik even points to a Cyanogen theme that gives Android devices the look and feel of iOS.
It’s this kind of flexibility — combined with an ability to run on so many devices — that will give Cyanogen an edge in creating a new market for mobile operating systems, according to Andreessen Horowitz partner Peter Levine. “I think the evidence is in the market numbers that we’re seeing. People want to see an alternative to what they have now,” says Levine, who led his firm’s investment in Cyanogen and now sits on the startup’s board. “I absolutely see it as a mainstream product.” 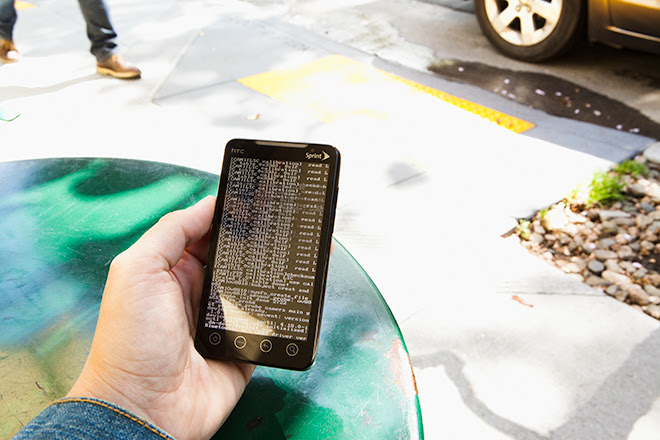 In one of many tweaks to the Android interface, a customized boot screen features scrolling lines of code. Photo: Jim Merithew/WIRED
Android Apps and Software Cyanogen Jonathan Kine Mobile