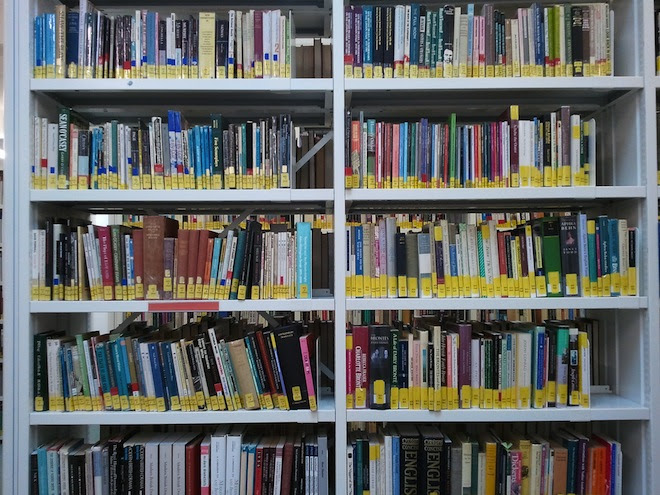 Eight years after a group of authors and publishers sued Google for scanning more than 20 million library books without the permission of rights holders, a federal judge has ruled that the web giant’s sweeping book project stayed within the bounds of U.S. copyright law.
On Thursday morning, U.S. Circuit Judge Denny Chin dismissed a lawsuit from the Author Guild, ruling that Google’s book scans constituted fair use under the law. Though Google scanned those 20 million books in full and built a web service, Google Books, that lets anyone search the digital texts, users can only view “snippets” of a book if the right holder hasn’t given approval.

“In my view, Google Books provides significant public benefits,” the ruling reads. “It advances the progress of the arts and sciences, while maintaining respectful consideration for the rights of authors and other creative individuals, and without adversely impacting the rights of copyright holders.”
In a statement sent to WIRED, a Google spokesperson said the company was “absolutely delighted” with the ruling. “As we have long said, Google Books is in compliance with copyright law and acts like a card catalog for the digital age giving users the ability to find books to buy or borrow.”
Michael Boni, a partner with Boni & Zack, the law firm representing the Authors Guild, did not immediately respond to a phone message seeking comment. Nor did the Author’s Guild. But the Guild has told other news outlets it will appeal the decision.

“We disagree with and are disappointed by the court’s decision today. This case presents a fundamental challenge to copyright that merits review by a higher court,” reads a statement sent to GigaOm. “Google made unauthorized digital editions of nearly all of the world’s valuable copyright-protected literature and profits from displaying those works. In our view, such mass digitization and exploitation far exceeds the bounds of the fair use defense.”

The ruling comes two years after Judge Chin rejected a $125 million settlement between Google, the Author’s Guild, and the Association of American Publishers, which was also part of the original lawsuit against the web giant. After complaints over the settlement from outside organizations such as the Internet Archive and Google rivals such as Microsoft, Chin ruled the deal would give Google a de facto monopoly over so-called “orphan books,” scanned texts whose rights holders had not come forward to claim their share of the revenues Google would make from its book scanning endeavor.

A year after this ruling, the publishers agreed to another settlement with Google, and this one was not subject to approval from the court. But Chin allowed the case to continue as a class action, but an appeals court reversed this decision and told Chin to rule on the copyright issue.

Though Google limits how much book text you can view online — and though it doesn’t display ads on pages describing books it does not have rights to, the company, as the court explained, can still use its service to draw people to its websites and make money in other ways. But this commercial gain doesn’t necessarily mean copy infringement. Google Books, the judge ruled, doesn’t “negatively impact the market for books.”

On the contrary, Chin said, Google Books feeds the market for books. “A reasonable factfinder could only find that Google Books enhances the sales of books to the benefit of copyright holders,” the ruling reads. “Google Books provides a way for authors’ works to become noticed, much like traditional in-store book displays.”
Fair use Google Jonathan Kine