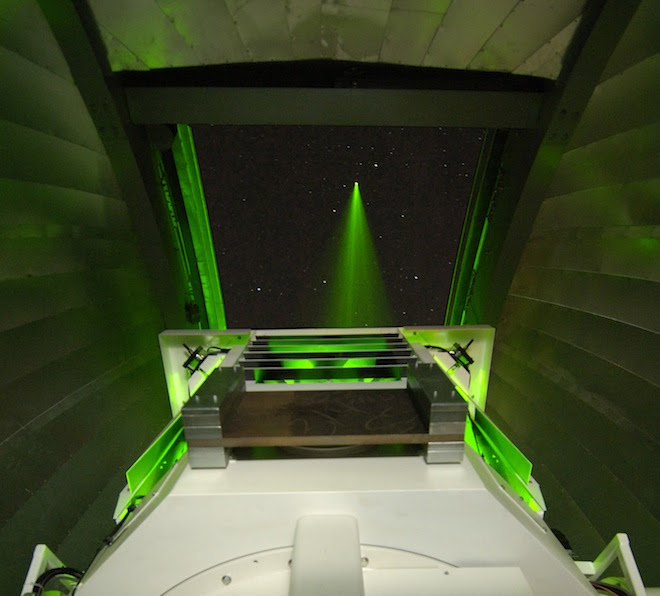 NASA has set a new record for communication in space, beaming information to and from a probe named LADEE that is currently flying around the moon 380,000 kilometers away.
Aboard LADEE is the Lunar Laser Communication Demonstration (LLCD), which achieved super-fast download speeds of 622 megabits per second (Mbps) and an upload rate of 20 Mbps. In comparison, the internet at WIRED’s office in San Francisco gets download rates of 75 Mbps and uploads at 50 Mbps.

NASA’s typical communications with the moon are about five times slower than what LLCD provided.
Until now, NASA has used radio waves to communicate with its spacecraft out in the solar system. As a probe gets farther away, you need more power to transmit a signal. Earth-based receiving dishes have to be bigger, too, so that NASA’s most-distant probe, Voyager 1, relies on a 70-meter antenna to be heard. LLCD relies on three ground-based terminals at telescopes in New Mexico, California, and Spain to communicate.

The agency is currently interested in creating better laser-based communication relays. With a concentrated beam of light, a spacecraft could send data at much faster rates that could carry higher resolution images and transmit 3-D videos from deep space. Of course, the method is challenging because it requires very high precision. If the skinny laser beam doesn’t exactly hit its target over a ridiculously far distance, it will lead to dropped calls and no communication. LLCD also has a slower transmission rate when the moon is on the horizon — and the signal has to travel through a greater amount of interfering atmosphere — than when it is directly overhead.

LLCD is actually a precursor to a larger and even more capable project, the Laser Communications Relay Demonstration (LCRD), which will further test the technology and is expected to launch in 2017. One day, such communication systems could be part of a fast interplanetary internet that will beam data around the solar system. 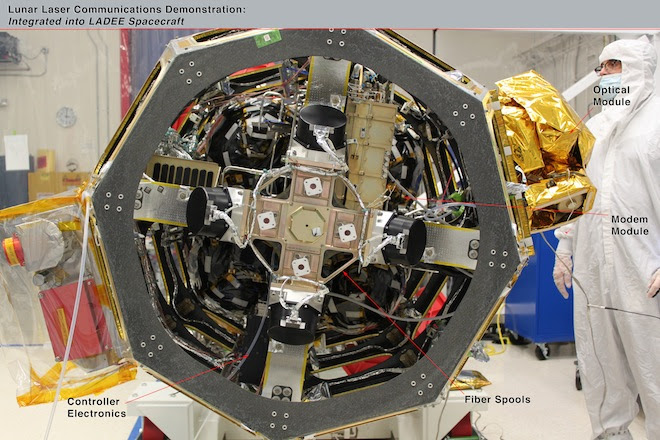 LLCD loaded up into the LADEE spacecraft, which is investigating dust on the moon. Image: NASA