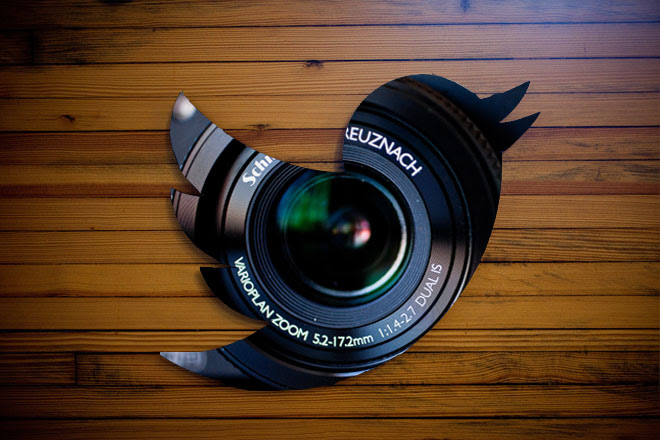 Photo Illustration: Ariel Zambelich/WIRED
Facebook got attacked, hard and effectively, from two fronts today. Both Twitter and Google announced new features that compete with Facebook’s killer service: photo sharing. Worse, they attacked it in the very two places it shows weakness: Twitter just made public photo sharing a cornerstone of its experience, while Google+ made sharing with small groups (like your family and select friends) both easier and more effective. All told, it probably wasn’t the best morning in Menlo Park today.

Let’s start with Twitter. Today it began adding previews of photos and videos directly into tweets. That means the main timeline will now look more like the Discover tab. Photos and videos will display automatically, there’s no more click-to-expand.
But, and this is a big but, it only works with photos and videos from Twitter itself—that is, Vine videos or images hosted on pic.twitter.com. Your Instagram shots, or Flickr photos, aren’t going to be displayed automatically in tweets. If you want people to see your photos right in their timelines, you’ll have to use Twitter’s own services.

Tweets with pictures do very, very well. The 2009 plane in the Hudson tweet rocketed around the globe, and helped make the case for Twitter as global news wire. The Barack Obama four more years message was the most popular tweet of 2012. And, of course, Kimye exists.
By embedding images right in the timeline, Twitter is making sure more people see them. You don’t have to tap anything, you just need to scroll. When those images show up automatically, they’re more likely to be shared, or at least seen, because you can’t skip over them accidentally when you’re scrolling through the Twitter app.
And by making sure that only its own photos show up — not Instagram’s — Twitter is offering a subtle but effective carrot to have you use its photo and video sharing service rather than Facebook’s Instagram. Unlike sharing a photo in Facebook, the built-in perception when you share something on Twitter is that it will be public.

Twitter knows this is going to piss people off — especially its early users who want it to remain the information dense, text-only 140 character status service they knew and loved. But it’s already been experimenting with inline images in its Discover tab for some time now, and decided that they are just more engaging. Sorry, early users. Twitter isn’t for you anymore. It’s for everyone. (Or at least, it wants to be.) To get there, it’s adding a more immersive, visual element to its timeline. And while its only showing previews of images and you still have to click to blow them up full screen, it’s not hard to imagine that, at least on the Web, Twitter will eventually land somewhere that lets it show off pictures in a larger format right in the stream.

Ultimately, it also wants to make people think of Twitter — not Instagram, and not Facebook — as the go-to service for broadcasting viral images. It’s making an implicit case: Sharing a photo privately? Sure, Facebook is good for that. But if you want a lot of people to see your picture, tweet it.
Ultimately, the bigger problem for Facebook may turn out to be Google+ (don’t laugh). In many ways, Google+ has solved photo sharing problems through the power of math. Smartphones have led to an explosion of photography, and an explosion of photos sitting on your phone waiting to be processed, sorted, and shared. If you’re like me, you may take far more pictures that you actually have the time or energy to deal with. That’s only going to snowball as more and more of us have smartphone cameras with burst shooting modes.

Google wants to let you know its got this. Install the Google+ app, and it will automatically upload all your pictures for you, find the best ones where everyone is smiling, or the light is just right, enhance them, and even automatically turn them into animated gifs or collages. Today, the company announced it has made that sharing even better, and is bringing full-resolution uploads to iOS.
I’ve been consistently amazed by how well Google+ manages to select the best images from the ones I shoot since I began using it in earnest this summer. It takes much of the effort out of actually doing something with your pictures. If you have kids, it’s straight up amazing.
But what may be even better is how well sharing with small subsets of people work. Not only is it easy to share with your circles (Google’s term for the friend or family groupings you set up), but you can share images and albums with extreme granularity just by adding email addresses. It’s incredibly flexible, and because so many people already have a Google cookie in their browser, it makes sharing super frictionless.
This really attacks one of Facebook’s core strengths. The social network has long been the place you go to share photos privately. It’s your family photo album for the digital era. But it makes you do most of the heavy lifting. It still acts like we’re uploading pictures from point and shoot cameras in the age of the camera phone.
While Facebook has a photo syncing feature, it’s incredibly limited compared to what Google+ offers, both in terms of function and storage limits. (You’re limited to 2GB on Facebook, Google+ starts you out with 15GB of free full-resolution photos, and gives you unlimited storage of what it calls “standard size” images. Want more space? You can buy it.) It’s worth noting that one of people’s main concerns with Facebook Photo Sync is how to turn it off.

But that’s just uploading. Facebook doesn’t even have tools to help you find your best photos, or automatically make them better. Google has done this mind-bogglingly well, especially for pictures of people and landscapes, which are probably the images you most want to share. Finding the perfect arty picture of your lunch is easy. Going through 200 vacation photos to find and edit the 20 you want to show your in laws is much more of a chore.

Finally, there’s the privacy issue. Facebook needs to do a better job making its privacy settings easy to use and hard to fuck up. That’s nowhere more true than of photos — particularly of photos that you are willing to trust it with before you’ve even reviewed them.
In September, Facebook revealed that its home to more than 250 billion photos, and that people upload more than 350 million photos to it today. That’s a hell of a big lead. But it’s also due to the tools it put in place long ago. Sure, Twitter is just making its own service more engaging. Yeah, Google+ is just trying to help you organize photos. But it wasn’t that long ago that Facebook was just a place for finding out what was going on with your friends, and Flickr was the go-to photo sharing service. Just because you are winning doesn’t mean you’ve won.