Smart review of the iPhone 5s. 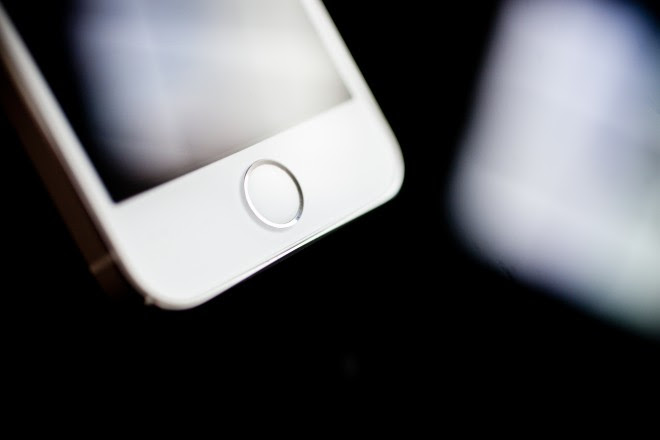 I pull my iPhone out of my pocket, tap the home button, and let my thumb linger an extra second longer than I normally would have. The lock screen fades away and the iOS 7 home screen zooms into view, each icon landing neatly on the display. It’s an instinctive gesture iPhone owners have been doing for the better part of six years, and yet it still feels like magic: I just unlocked my phone with my thumb.
While Apple’s iPhone 5s brings a number of improvements and new features to the table, its Touch ID, the company’s fingerprint-based identity sensor, catches your attention first.
Yes, fingerprint sensors are nothing new — I had one on a Toshiba Satellite X205 purchased back in 2007 — but the implementation on the 5s feels like the technology is finally taking a step into the future. And it’s not the only thing in the phone that feels that way.

Like its predecessor, the iPhone 5s is one of the best handsets you can buy. But more importantly, it’s laying the groundwork for the smartphones of tomorrow.
But first, the present. The iPhone 5s looks almost exactly like the now discontinued iPhone 5. It has the same 4-inch Retina display and brushed aluminum backside, and the same chamfered bezel that gives the otherwise rounded rectangular device a gem-like appearance. Unless the gold version is in your hand, the metal-ringed home button and an elongated dual LED flash on the rear are really the only subtle physical differentiators from its predecessor.
Use the phone for even a few seconds though, and the difference is immediately apparent. The 64-bit A7 processor inside makes every action on the device blazingly fast. I thought I wouldn’t be able to notice the upgrade — after all, the iPhone 5’s A6 processor was no slouch. But apps on the 5s load instantaneously, whether from a click on the icon or tap from iOS 7’s new multitasking bar. Games like Infinity Blade III render with extraordinarily detailed graphics, with nary a stutter in the fast-paced, sword-swinging gameplay, and with good reason: The iPhone 5s is twice as fast as the iPhone 5 according to both Apple and third-party benchmark tests. Every tap, swipe, and animation in iOS 7 just feels amazingly snappy. 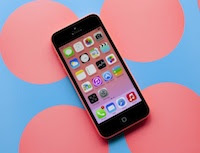 Be sure to read WIRED’s review of the iPhone 5c. Also, check out our extensive coverage of iOS 7: We’ve got a review of the new mobile OS, a tour of the new features, and a collection of tips on how to use it.
The new A7 chip is also home to a secure partition used to store Touch ID data. It’s here that your fingerprint information is stored where no software, security agencies, servers, or even iCloud can access it, according to Apple. Still, some may not be comfortable using their fingerprint to unlock and make iTunes or App Store purchases on the device. It can, after all, be hacked using traditional fingerprint hacking methods. While that hack would require (among other improbable things) someone to take a high-resolution scan of your fingerprint, you’re still under no obligation to use Touch ID. The 5s also has a traditional passcode for unlocking the device and making iTunes purchases.
Along with the A7, the 5s also includes a new separate helper chip, the M7 coprocessor. It’s designed to efficiently monitor data gathered from the phone’s accelerometer, compass, and gyroscope without bogging down the CPU and draining the device’s battery. Argus and Strava Run were among the first apps updated to take advantage of this feature.
Argus is an iPhone-based fitness tracker that can count your daily steps. Sitting active in the background all day, I still had no problems with battery life. Strava Run is able to use the M7 to more accurately measure your pace while using less battery, auto-pausing whenever you have to stop during your run. Apple also uses the M7 in its Maps app, handily switching from driving directions to walking directions when you’re not going, you know, 40 MPH anymore.
Used together, the A7 and M7 mean future apps will run faster and more efficiently, while also using less battery than before. Even when I ramped up my video watching, music streaming, Instagramming, activity monitoring, and the hundred other things I use my iPhone for each day, the iPhone 5s achieved similar battery life as the iPhone 5.

The 64-bit A7 processor inside makes every action on the device blazingly fast. Every tap, swipe, and animation in iOS 7 just feels amazingly snappy.
Apple also made significant improvements to the 5s camera. The company adjusted the aperture in the rear-facing 8 megapixel shooter from f/2.0 to f/2.2, and increased the size of the sensor and pixels to improve light sensitivity by over 30 percent.
Indeed, shots taken on a dark, street lamp-illuminated road were brighter, less noisy, and more detailed compared to what you’d get using an iPhone 5 or an HTC One. Dim lighting situations that would normally necessitate a flash are now fine without one. But if you do decide to use it, Apple has incorporated one “cool” and one “warm” LED to produce over 1,000 variations in flash color optimized to the ambient lighting in the scene. Results from the flash were miles better than using other camera flashes, producing a more natural (and, joy to pasty people everywhere, less ghostly) look. The 1.2-megapixel front-facing FaceTime camera is also improved, so your selfies are brighter and more detailed.
The rear-facing camera comes with some fun new photo features too, most notably a burst and slow-motion video modes. The former, something we’ve seen in Android devices for years and in standalone apps like Camera+, snaps 10 stills per second — making it ideal for action shots. The photos are aggregated in a folder inside your camera roll, with the “best” shots determined by iOS 7 and denoted by a dot underneath. You can choose to save these, or any image taken in the cluster of burst shots, as an individual photo in your Photo Stream or Camera Roll.
Slo-mo is even better. When Apple announced the option, my gimmick alarm immediately went off. But after trying the feature out, I was almost embarrassed by how much fun it was — not to mention surprised by the overall quality of the resulting 120 fps videos. Even without an explosion in the background, slo-mo turned a jumping high-five video of a coworker and I into an epic and hilarious clip. At a bike race, I was able to capture footage of the field sprint, allowing me to see exactly who crossed the line before the next racer — something that can be hotly debated when using today’s tech in amateur races, particularly with large pelotons. The only awkward thing with slo-mo is the occasionally creepy (non-mutable) slowed down audio that accompanies videos.

TAKE A VISUAL TOUR OF IOS 7

The feature also highlights the camera’s improved image stabilization, a result of the A7’s new ISP chip. Apple does some really fancy handiwork here on the stills front, basically taking four photos for every one click you make and combining the sharpest portions of each shot into the resulting photo you end up with.
For some, the 5s’ 4-inch display which will seem conspicuously small compared to most flagship Android handsets, and shared design with the iPhone 5 will be considered negatives. But for my hand size and smartphone needs, 4-inches is more than enough for videos and gaming, while still being comfortably pocketable.
Like its predecessor, the iPhone 5s is one of the best handsets you can buy. But more importantly (and unlike much of its competition), the handset is laying the groundwork for the smartphones of tomorrow. The 64-bit A7 chip and M7 coprocessor together mark a profound jump in device performance and efficiency. This all but guarantees new and exciting software innovation. Touch ID, despite being hacked within a matter of days, streamlines your iOS experience and holds a lot of promise for future applications. The most disappointing thing about the iPhone 5s is that the features I’m most excited about aren’t available yet.
WIRED Blazing fast A7 processor. Call quality is excellent, especially using FaceTime Audio. Touch ID feels like the future, and works flawlessly. Vastly improved camera, particularly the slo-mo feature, is enough to warrant an upgrade.
TIRED Apple and iOS developers have yet to dream up truly innovative features. Still waiting for Siri to reach her full potential.
Photos by Ariel Zambelich/WIRED